Francina reads the eviction letter she has received. Mother & Daughter Francina and Selina Netshakhuma have lived and worked on a farm near Musina for several years. When the farm was sold the new owner no longer required their services and threatened them with eviction without giving them an alternative place to go. The Legal Resources Centre has assisted them with legal advice and prevented them from becoming homeless. This case illustrates the vulnerability of rural farm workers who have no security of tenure. Near Musina, Limpopo, South Africa. 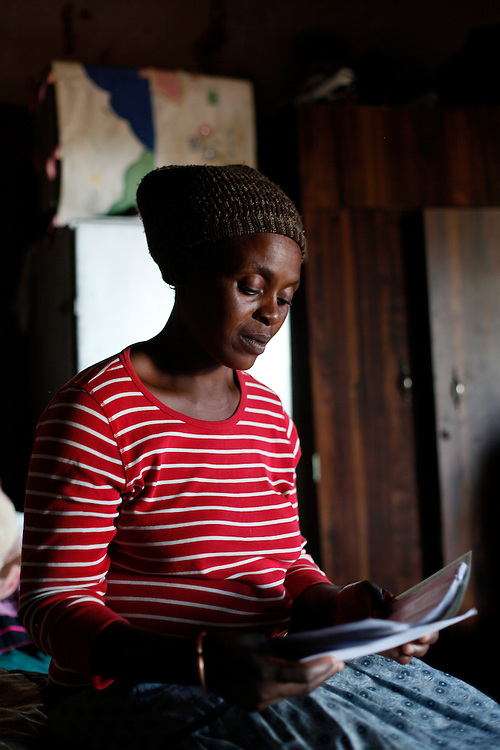