Dr Mamphela Ramphele, who will now run as the Democratic Alliance Presidential Candidate against the incumbent President Jacob Zuma of the ANC. Dr Ramphele started her own political party Agang SA in February 2013 but announced she will be running for the DA on the 28th January 2014. South Africa's elections are scheduled for April 2014 and mark the countries 20th year of democracy. Dr Ramphele was photographed exclusively on a recent trip to London (21st Jan) to speak about her visions and values for South Africa. 21st January 2014. ©Photos: Zute Lightfoot 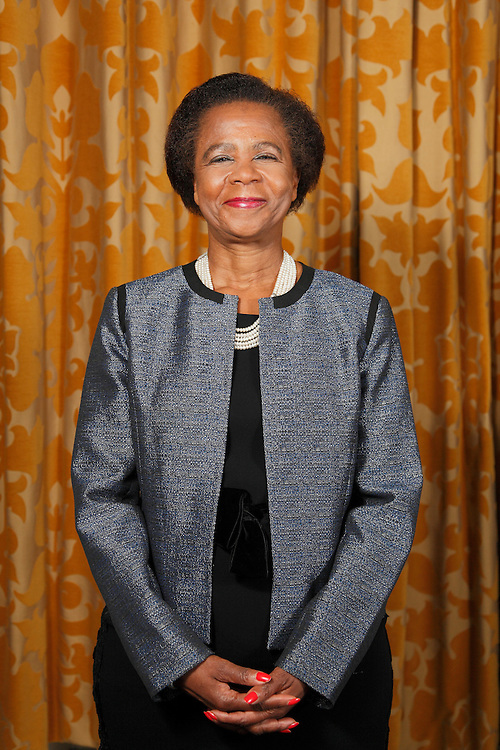